Back in February 2013, I presented about jQuery best practices at the Nova Web Development User Group meetup. Let’s take a moment to review my presentation.

IIFEs are an ideal solution for locally scoping global variables/properties and protecting your JavaScript codebase from outside interference (e.g. third-party libraries). If you are writing jQuery code that will be run in many different environments (e.g. jQuery plugins), then it is important to use an IIFE to locally scope jQuery.

You can’t assume everyone is using the $ to alias jQuery.

Here is how you would do it:

If you don’t like having to scroll to the bottom of your source file to see what global variables/properties you are passing to your IIFE, you can do this:

To read more about IIFEs, you can read my blog post titled, I Love My IIFE.

Many developers wrap all of their code inside of the jQuery ready event like this:

If you are doing either of the above patterns, then you should consider moving the pieces of your application (e.g. methods), that don’t depend on the DOM, outside of the ready event handler. Like this:

This pattern makes it easier to separate your logic (from a code design perspective) since not everything has to be wrapped inside of a single anonymous function. It will also improve your application’s page load performance, since not everything needs to initialized right away.

When manipulating elements in the DOM (e.g. animating, setting attributes, changing CSS properties), it is important to consider performance.

Every time you select a DOM element using jQuery, you are instantiating a new jQuery object and forcing jQuery to search the DOM.

Instead of creating multiple jQuery instances and forcing jQuery to re-query the DOM for a particular element, you can cache your jQuery object in a variable and reuse it like this:

If you prefer the previous code snippet to be on one line, you can chain multiple jQuery methods together like this:

A common example, that can cause web applications to feel janky (or slow), is building a dynamic HTML unordered list. Since there could potentially be thousands of list items inside of the list, you want to make sure to only append to the DOM once (instead of thousands of times). Like this:

The previous example stores the entire HTML of the dynamic list inside of a local string variable. Once all the HTML has been created, the list is appended to the page ONE TIME. Many developers mistakingly append to the DOM each time they create a new list item. DO NOT DO BE THAT DEVELOPER

DOM event handlers take up a lot of memory and can very easily cause memory leaks (and poor performance) in web applications. We can use an HTML unordered list example to demonstrate how to use event delegation to reduce the number of event handlers that we have and the amount of memory our application uses.

Because of event bubbling, we only have to add one additional event handler to the unordered list (instead of a new event handler for each child list item). This saves system memory, which allows more memory to be allocated for other intensive operations, such as animations (improving our app’s perceived performance).

Since jQuery version 1.5+, the jQuery ajax() method has returned a Promise object. Using Promises with Ajax allows us to bind multiple callback functions to our request, write flexible code where our ajax handling logic is in a different place than our actual request, and wait for multiple requests to complete before starting an action.

Here is an example of separating the handling logic from the actual request:

Our example demonstrates a getName() function that accepts a unique id, sends an ajax request with that unique id, and returns the jQuery ajax() method. Since our function returns the jQuery ajax() method (which returns a Promise by default), we are able to call the done() method and pass a callback function (which will execute once the request has completed).

If we had wanted to wait for two separate ajax requests to our endpoint, we could have done something like this:

We are using the JavaScript apply() method in the previous example to demonstrate how we can pass an array to the $.when method. If you do not want to use an array, then you can very easily pass each promise object (stored in a variable) as regular parameters. 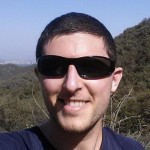